In the wise words of Freddie Mercury: “easy come, easy go.” Granted, Queen probably wasn’t singing about TikTok followers, but it’s still relevant. TikTok gives pretty much anyone the chance to go viral overnight. However, did you know that it also removed nearly fifty million videos in six months due to violating TikTok rules? Put simply, the TikTok algorithm can take away your audience just as quickly as you gained it. And the worst part? You won’t even know it’s happening until you check your TikTok analytics.

If you’re a regular on TikTok, chances are you’ve heard of users getting “shadowbanned”. Shadowbanning, or ghost banning, is not a new phenomenon. Nor is it exclusive to TikTok. Yet, as more and more brands rely on TikTok marketing to run their business, the consequences of a shadowban have become increasingly felt in the community.

If you have noticed a sudden downturn in engagement on your content, you may well have been shadowbanned on TikTok. Our guide breaks down everything you need to know about the infamous TikTok shadowban and how to remove it.

What is shadow banning on TikTok?

Let’s start by looking at what a “shadowban” is exactly.

When an account gets shadowbanned on TikTok, it gets blocked or partially blocked. TikTok imposes restrictions that limit the creator’s content from featuring on other users’ For You pages or hashtag results. In turn, the shadowbanned account may experience a drastic reduction in the number of likes, comments, and views their content receives.

The “shadow” part refers to the fact that the account in question isn’t made aware of the restrictions that have been imposed on it. In fact, most shadowbanned accounts only realize after a drawn-out period of unusually low engagement.

Shadowbanning is done automatically by the TikTok algorithm in a bid to weed out spam, copyright issues, online bullying, and inappropriate content. In essence, the algorithm imposes a shadowban on content that it deems to be outside of the TikTik community guidelines. It’s basically a slap on the wrist from TikTok. As a consequence of breaking the rules, the shadowban restricts account growth and discoverability.

Shadowbanning doesn’t just happen on TikTok. Indeed, users of other social media platforms such as Instagram and Youtube have also reported experiencing a shadowban. So what’s the difference between a shadowban on TikTok vs. Instagram? The simple answer is very little. Both platforms have a very similar approach.

Recap: A shadowban reduces the visibility of your account without you knowing. Thus, you will experience a drop in user engagement and traffic from the TikTok For You page.

How do you get shadowbanned on TikTok?

TikTok is yet to issue any official statement on shadowbanning. That being said, there are a few factors that seem to trigger shadowbans on TikTok. Let’s take a look.

Posting videos that break TikTok’s rules can result in a shadowban or a permanent ban from the app. As such, the best way to prevent this from happening is to ensure your content meets the community guidelines.

TikTok appears to shadowban videos that contain any of the following:

While most moderation on TikTok is automatic, accounts can also get shadowbanned if a user reports their content.

It’s fair to say that TikTok’s automatic moderation doesn’t always get it right when identifying offensive content. For instance, Jewish creators have spoken up about getting their content censored by TikTok for “violating community guidelines”. This caused frustration because the creators were actually addressing antisemitic remarks. As a result, the app’s automatic moderation is actually censoring community voices that it should be magnifying.

Another bizarre shadowban story is the case of French cyclist Leo Vincent. After amassing over three hundred thousand followers on the app, Leo got banned for posting a video in which he was briefly shirtless. The cyclist has expressed his frustration over the ban, after spending hours creating and editing content for the platform. Many found the ban strange since GymTok is full of videos of shirtless influencers. To this day, the exact reason why Leo’s account was taken down remains unknown.

Since the algorithm cracks down hard on spam content, many new TikTok accounts find themselves getting banned. That’s because new users on the platform tend to like and follow a high volume of accounts in a short period of time. In turn, this raises a red flag and causes the TikTok algorithm to think your account is a spam account.

To avoid being confused with a robot by TikTok, try not to like more than one hundred posts in a day. Additionally, be careful not to follow too many new accounts at once. As a general rule, you should never follow more than fifty new accounts on the same day.

Review: TikTok has never come out and directly addressed shadowbanning. However, there seem to be a couple of reasons why it shadowbans accounts. Namely, cracking down on spammers and accounts that violate its rules.

How to know if you’re shadow banned on TikTok

Since TikTok doesn’t inform you if you are shadowbanned, it can take some time to notice. These are the biggest clues that your account has been shadowbanned on TikTok.

Even famous TikTokers can’t escape TikTok shadowbanning. In fact, two of the biggest TikTokers of all time, Charli D’Amelio and Addison Rae have both reported being shadowbanned on the app.

In Charli’s case, she shared a screenshot on Twitter that showed four of her videos had been uploaded to TikTok but not posted.

Fans took to Twitter with advice, some suggesting that she delete the videos and reupload them again to remove the shadowban. In the end, Charli’s ban was lifted, and she remains one of TikTok’s most successful creators.

Round up: Telltale signs that you have been shadowbanned on TikTok include a lack of engagement and visibility. Thanks to its automated moderation system, TikTok doesn’t always get it right when enforcing the rules. There are plenty of curious cases of accounts being banned for seemingly no reason.

How long does a TikTok shadowban last?

Since TikTok has remained extremely tight-lipped about shadowbanning, there isn’t really a concrete answer to this question. But, here’s what we do know.

Originally, shadowbans appeared to last for just twenty-four hours. However, Reddit users are now reporting that shadowbans typically last between two weeks and a month.

According to previously shadowbanned users, your follower count and views will drop in the first week. Then, a few days after the ban comes into effect, you won’t be able to post new videos (unless they are public) or enter tags.

To sum up: There’s no set time limit on a shadowban. However, the norm seems to be between fourteen and thirty days.

How do you remove a TikTok shadowban?

Now for the million-dollar question: How do you remove a shadowban on TikTok?

In reality, there’s no simple fix. Once the ban has been imposed, your only choice is to take a break from creating content on the app until the ban is lifted. This is obviously not ideal, especially for those in the TikTok creator fund who earn money for producing content.

That being said, there are some measures you can take to make sure you don’t get shadowbanned on TikTok again.

Avoid getting mistaken for a robot by not following too many new accounts in one day. Similarly, be careful not to like a large volume of posts at once. This type of behavior is likely to raise flags and get you banned. Getting TikTok verification may also confirm the validity of your account.

If you have posted the content that the app considers an offense or a copyright infraction, delete it immediately. Once deleted, clear your cache and take a break from TikTok for a while. Then, make sure you update TikTok regularly to see when the ban has been removed.

4. Uninstall and reinstall the app

Some users claim that uninstalling the app and reinstalling it removes the shadowban. While this may not be true in every case, it’s possible that your app may just need to be updated to work again.

While TikTok Pro accounts can easily face shadowbans too, making the switch gives you access to TikTok analytics. This means you can monitor your engagement closely. You may find that you haven’t actually been shadowbanned, and there is another reason for a sudden drop in engagement.

Once your account has been flagged, you will need to be extra vigilant to avoid getting banned again. As such, make sure that when you resume posting, the content is original, inclusive, and appropriate. This will reduce your chances of getting penalized again.

TikTok’s rules are in place to make the platform as safe and inclusive as possible. Usually, if you get shadowbanned on TikTok, it’s because you have broken the rules. Whether that’s posting offensive content or a video with copyright music, however, that’s not always the case.

While the idea behind TikTok’s automatic moderation is a noble one, it’s not without its flaws. An increasing number of creators have experienced shadowbans on TikTok for no apparent reason. This has hurt the platform’s reputation and frustrated users. If you have received a shadowban on TikTok, the best thing to do is follow the advice in this article and ride it out.

Nicola is a content writer and journalist with a SAAS focus. She harnesses data to tell compelling stories that inspire action ✨ You can usually find her researching the latest SaaS innovations and sharing her insights online 👩‍💻 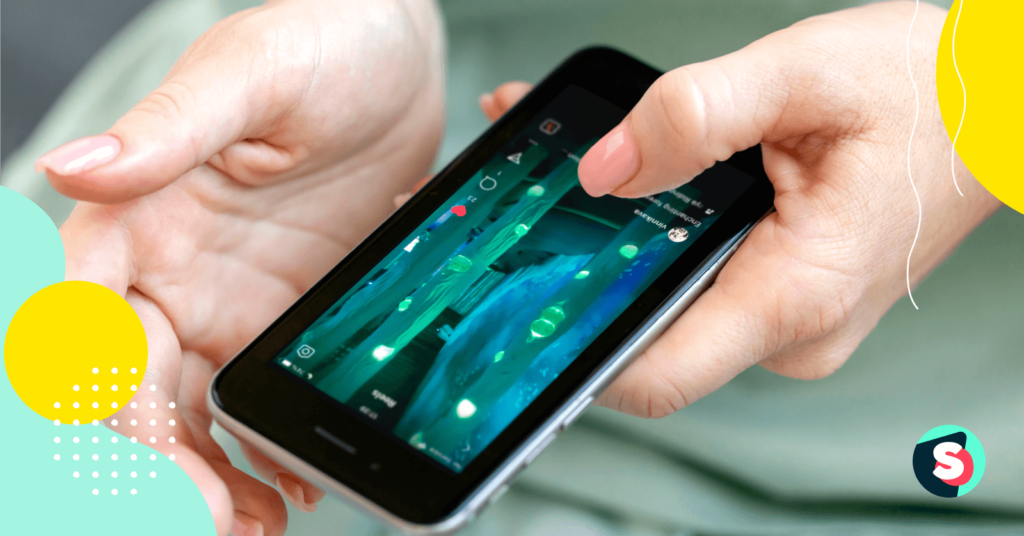 Passionate creators and businesses who stay in the loop on everything on social media agree that Instagram Reels have become a valuable integral part of Instagram’s ecosystem. In May 2021,… 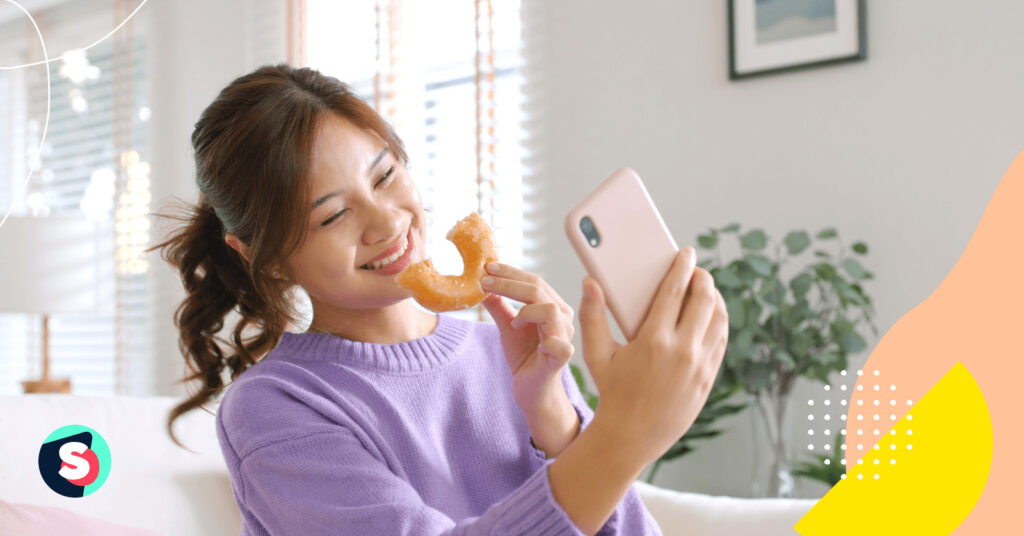 Tiktok provides so many tools to produce a fancy video. And many people use the platform to create content for their other social media channels. However, TikTok applies a watermark…