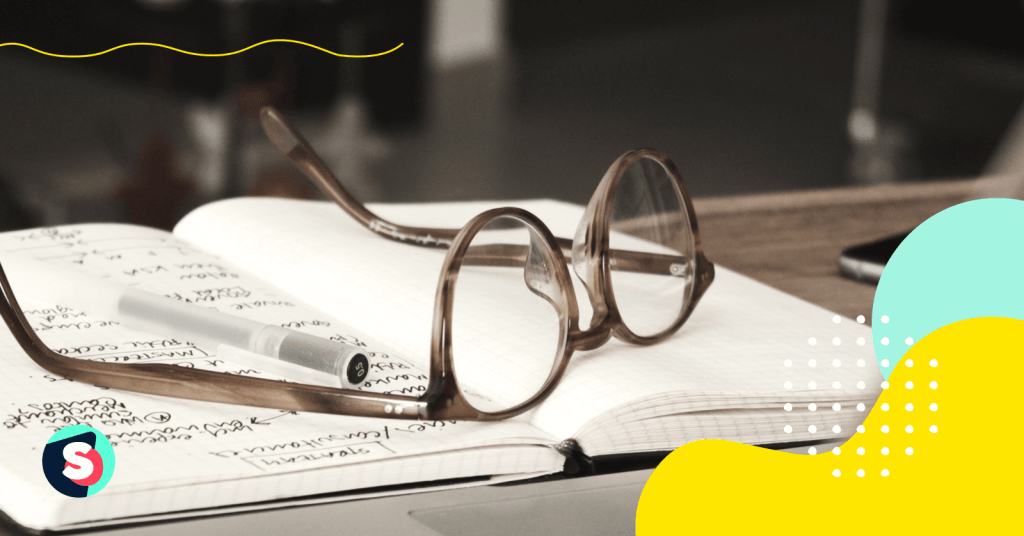 You probably have some idea of how your social media content is performing.

But is it clear enough to really be actionable? And does it show you the full scope of potential a brand in your space can tap into?

Without having to run any costly experiments, you can simply peer into your competitors’ strategies.

You’ll be able to see what’s getting them a good ROI—and emulate it.

And, you’ll see what’s harmed their performance, prompting you to avoid taking the same actions.

The question, however, is what exactly do you look for?

We’ve simplified that in this article, highlighting seven competitive benchmarking tactics that give you a comprehensive picture of the strategies your competitors have employed.

What’s more, you’ll also learn how to use them to get more context about your performance and precisely what’s needed to improve it.

Before we head into the specific tactics, there are some important tips you should know that can help you get more meaningful insights.

The competitive benchmarking tactics you’re going to learn about can give you a pretty good idea of your performance even when used in isolation. But if you want to gather greater context, you’re best off using a couple at the same time.

Or a wise and informed change in posting times might be the explanation behind why your competitors’ engagement rate has increased so quickly.

By creatively pairing these benchmarking tactics, you can achieve in-depth visibility into how exactly your performance squares with competitors and the precise reasons behind the differences.

Tip 2: Analyze multiple competitors at once

Focusing on one competitor presents a few risks. Firstly, you might think you’re performing horribly when, in fact, that competitor has simply stumbled on a jackpot strategy.

Alternatively, you may also think your social media performance is incredibly high and get complacent when that single competitor has just been having a bad streak.

The best way to avoid either pitfall is to look at as many relevant competitors as you can at the same time.

This way, you’ll be able to spot trends that apply to your space as a whole.

Some of the competitors you choose to benchmark against can even be indirect, giving you a wider field from which to draw inspiration.

And, with this amount of context about your industry and wider target audience, it’s all well and good to go after the highest performer and use them as a yardstick. At least you’ll have plenty of information to temper your expectations.

Tip 3: Focus on your KPIs

Although these five competitive benchmarking are simplified and comprehensive, with all the fluff cut out, there’s still a chance that not all of them are useful to you at one particular time or for a given campaign.

What makes sense for you to look at depends entirely on the methods you’re using to gauge your performance. In other words, your KPIs.

Managing social media accounts and constantly tweaking your strategy to get the best ROI can be tough work. But, as you know, competitive benchmarking tactics are a useful tool for helping you achieve your aims and accelerate your growth.

You don’t want to let them fall by the wayside.

The solution is to schedule reports to be delivered to your email at a frequency of your choosing.

There you go: All the competitor insights you need, but with a shorter to-do list.

An obvious place to start with competitive benchmarking tactics is looking at the content types that your competitors are focusing on.

If their Facebook feed relies heavily on video, maybe they’ve figured out that it’s what gets the best results.

Knowing what to post is always a good starting point, so your content is the exact type that users naturally feel inclined to engage with. For instance, Statista reports that 44 percent of posts by brands on Facebook had links from 2014 to 2020. You may want to know if that holds true for other players in your space.

However, it’s unlikely that any of your competitors have singled out one type of content and called it a day.

They probably have their own mix. Let’s compare it to yours.

What are they focusing on that you’re not?

Does this mean your competitors are dominating the content types your audience enjoys the most? Or does it mean you’re ahead, and you just need to secure the lead?

After getting a picture of your competitors’ content types seems to favor, it’s just as important to see which of their posts are performing best.

You’ll need to keep your KPIs in mind when doing this, so you remember which metrics are crucial to focus on for the strategy you’re hoping to implement.

Be sure to pay attention to various aspects of the posts. Things such as captions, tone, and the use of emojis can greatly boost a post’s performance.

Of course, you’ll also want to analyze the actual content: The graphics they’re using, the styling, and so on.

The type of content that counts as top-performing to you depends on your goals. And the filter options help to match your results to exactly what you’ve decided is worth paying attention to.

Once you’ve made your selection—let’s say for posts with the highest engagement rate to show first—you’re able to see the posts that performed best based on your chosen metric.

3. Timing and frequency of posts

Even though you’re now aware of the posts that could likely perform well if you emulated them, doing so is no good if you’re unaware of the right timing.

As the Harvard Business Review reports, posting at the most optimal time can increase ROI by as much as 8%.

For this, you can just take a look at when your competitors are scheduling their posts.

This was likely after some trial and error and extensive experimentation. Luckily, since you now know your shared target audiences’ most active hours, you can skip much of that process.

Similarly, you can also look into your competitors’ publishing frequency.

Are they posting once a day? Twice? Three times?

Knowing this can help you see if your publishing frequency needs improvement.

You can see if it’s too low to keep users engaged with your brand, or if the frequency’s so high that it might be overwhelming your audience.

You can also look at your competitors’ individual pages and accounts to see if their followers have been increasing.

If their following is indeed growing, but yours isn’t, why is that?

Again, this is something you need to use other competitive benchmarking tactics to discover.

They might have designed campaigns that are tailored to maximize reach, for example, or their paid strategy might be starting to—pun incoming!—pay off.

Similarly, you can map a particular spike in growth to the types of content they were posting at the time, especially the top performers.

Better yet, if your competitors’ following took a plunge while yours stayed steady or even grew, then you know you performed comparatively well during that time.

You can circle back to the time frame, focusing on the things you unknowingly did right so you can make them a permanent part of your social media strategy.

But be careful to check what your competitors did wrong. Their blunders and missteps are worth avoiding just as much.

As you know, part of running a social media account is engaging with audiences. And it’s another area where seeing how your competitors are doing can give you a clearer idea of your own performance.

A general idea of how competitors’ content is connecting with your mutual target audience is certainly useful, but knowing the specifics makes for deeper insight.

This competitive benchmarking tactic adds depth to your understanding of how users feel about competitors’ content.

If you’re looking at reactions, for example, a large number of “laughs” probably tells you that your competitor has struck the right humorous note.

“Love” reactions, in the same vein, point to the content being perhaps uplifting and heartwarming.

A high number of comments may signal that the content addresses topics that users feel passionate about, and they want to share their thoughts.

Now, make a side-by-side comparison with your own content.

Is it garnering the same engagement? Higher? Lower?

Compare the engagement periods, too.

And, to really get an accurate idea, see how much of their engagement is organic and how much is from their paid campaigns.

It’s crucial to see what’s accounting for your competitors’ either high or low engagement. For example, engagement rates on Instagram have been shown to increase in direct proportion to the number of carousel slides.

This competitive benchmarking shifts the focus to your audience’s thoughts, feelings, and perceptions as they share them.

Using the Listen module, you can get a clear idea of how often your competitors are being mentioned, for what topics, and by whom.

You can check for this across social media, blogs, news, and the wider web.

If your competitors are the subject of conversation in topics that concern you, yet you’re not, what can you do to enter those conversations, too?

Plus, you can see exactly when most of their mention activity is taking place and compare if the high and low time frames tally with yours.

At the same time, if you’re being mentioned more, that’s a sign that your performance in that regard is better than your competitors. But you also need to be careful to devise strategies to defend your ground.

You might even be able to spot posts with audiences directly comparing your brand to competitors once you enter the right keywords. It doesn’t get clearer than that.

But, remember, it’s important to know not just what users are saying, but the feelings underpinning their posts and comments.

And that’s where sentiment analysis completes the picture.

You’ll be able to tell whether the comments are positive, neutral, or negative.

If your competitors are attracting more positive sentiment than your brand, that’s a sign that your performance could be better.

And you can look deeper into the substance of the mentions for a clearer understanding of what’s working so well for your competitors.

Likewise, if your competitors are struggling with this and your performance is higher than theirs, that’s a chance to note the things that your audience simply won’t put up with.

You can only go so far in analyzing your social media performance if your own metrics are all you have to go by.

Once you start factoring in competitors’ performance, you gain a greater perspective on your performance. And you see previously hidden opportunities that competitors are leveraging, plus others they’re missing that you can be the first to take advantage of.

So, start using your competitors’ success and mishaps to measure your performance better and boost it. With the seven competitive benchmarking tactics above, you’re ready to begin right now. 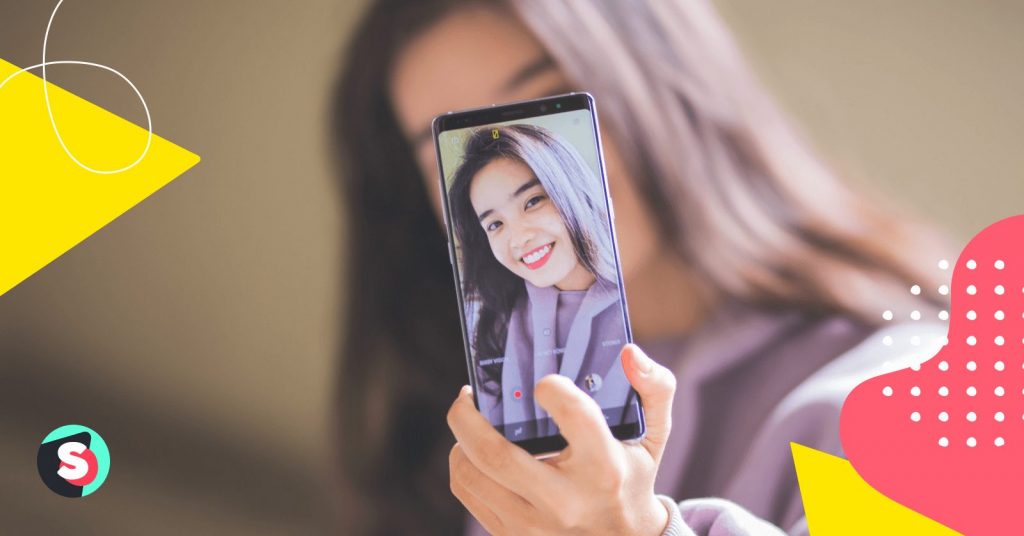 How to monetize TikTok? Everything about TikTok Creator Fund

Do you use TikTok for business? You’re not alone. TikTok marketing has become one of the most popular tools for brands to promote their products or services and raise brand… 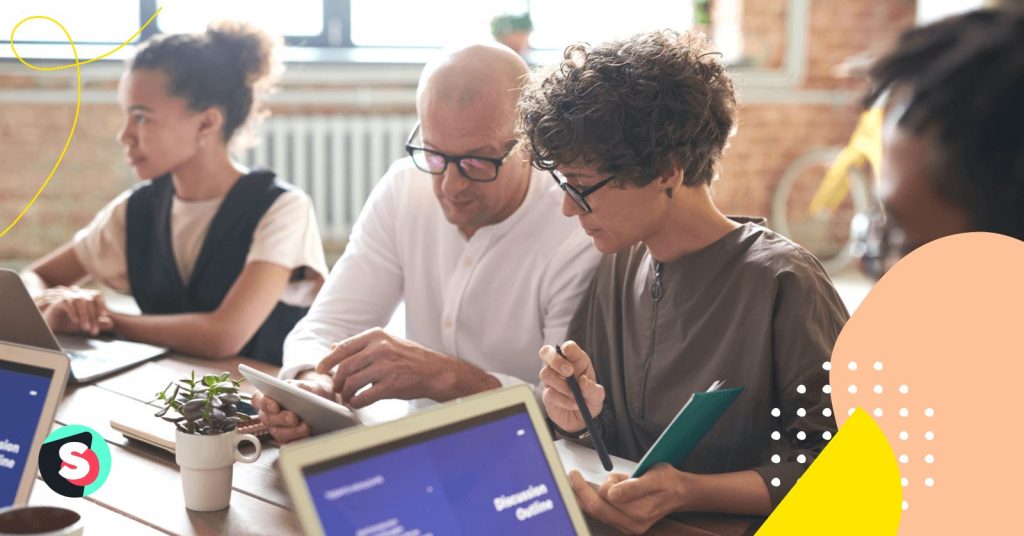 APIs play a critical role in enhancing your day-to-day internet experience. Whether it is finding economical flight tickets, sharing an article from a blog site on your social media account,…