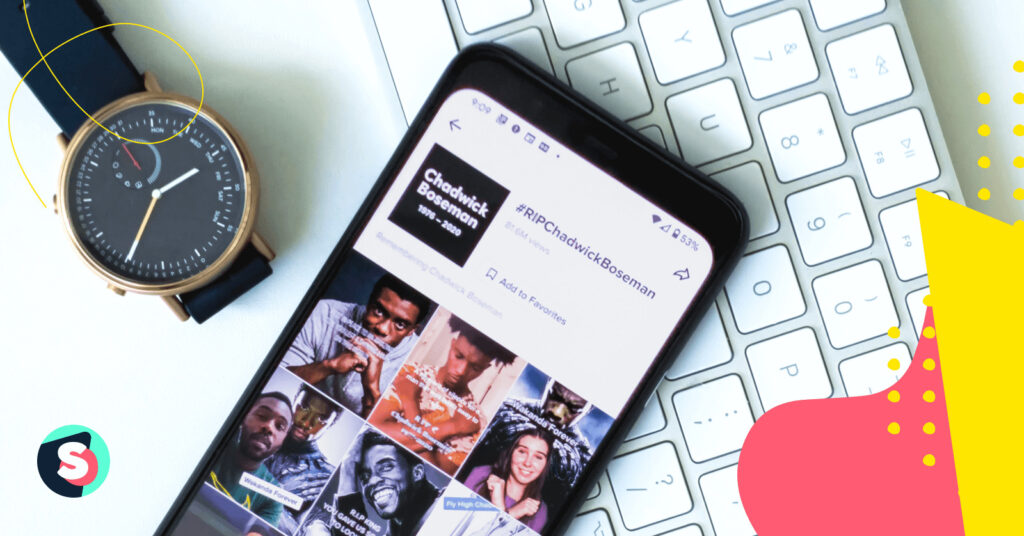 Imagine a room on the internet where you can express yourself freely, and your creativity has almost no limits.

TikTok is that room!

While individual creators can argue that they’ve always had this level of freedom with other social media platforms, it’s not the same for businesses. Brands always tend to err on the side of caution on social media, and only the few who are daring enough tend to enjoy virality.

TikTok marketing makes it easier for brands to communicate to their target audience how they love, and the level of creativity on the platform is crazy. But that doesn’t mean you have to rival Leonardo da Vinci to go viral on TikTok.

As this list would show you, some of the most liked TikToks are just videos of people or pets doing random things, nothing extraordinary. Just any type of content can succeed on this beloved social media network.

The most liked video on TikTok is a lip-syncing video by Bella Poarch– a social media personality and singer. She recorded a TikTok of her lip-syncing and head bobbing to the popular “M to the B” song by British rapper Millie B. This video has held down the number one spot for over 577 days.

This is just a video of a native American TikTok creator dancing and lip-syncing to Nelly Furtado’s “Say it Right” song in a power rangers T-shirt. An excellent example of how random videos can go viral on this platform.

Franek Bielak is a polish artist who spent 23 hours drawing and painting human lips with different fruits in between the lips. He saw a TikTok of a live human lip get over 900 thousand likes, and his decision to recreate it in a drawing has earned him a spot on this list.

Nick Luciano didn’t look too impressed with a video of  KaylaVoid lip-syncing to “SugarCrash! by EllyOtto” and chose to make his own video behind a hilly background. The video had 20 million likes within three days

“The TikTok drone guy”, as he is popularly called, saw a video of a lady dancing to “Stay by Justin Bieber and Kid LAROI” and decided to shoot a video of him dancing to the same song. This time though, with a drone flying 360° and covering all the necessary angles.

When Adrian decided to jump on the trend of humans barking at their dogs, little did she know that her dog’s reaction would make her go viral. Keiko’s(her dog) reaction was hilarious and sparked even funnier comments from other users.

Philippine-based TikTok creator Mona Gonzales recorded a video of her singing Suave by El Alfa with the caption “It’s time to wake up the neighbours.”

American singer Billie Eilish joined TikTok in 2020, and her first video remains one of the most liked TikToks on the platform. She tried out the “Time Warp Scan Filter”, which had hilarious effects on her face.

You must have heard of Khaby Lame, but in case you haven’t, he is a Senegalese born TikTok creator who makes videos mocking overly complicated life hacks without saying a word. One of such videos is on this list. He shows how you can peel a banana without going through all of the stress.

With over 137 million followers on his account, Khaby lame is one of the most famous TikTokers globally.

Here’s another video of a pet that did the numbers. In this video, a curious ginger cat pokes his head through the top of a cardboard tube. After failing to achieve its desired result of reaching the bottom of the tube,  the cat uses its paw instead. The video went so viral and, at a time, was the most liked TikTok video.

Going viral on TikTok can do wonders for your business, especially brand/product awareness and sales. But only if it’s done right.

Here’s the good news: TikTok’s algorithm works slightly different from other social media platforms. It prides itself on giving every video a fair chance of appearing on the coveted “For You” page.

But like on every other platform, there are best practices that would aid your success on TikTok. This section of the article will walk through these tips to ensure you understand the science behind going viral on TikTok and you don’t end up being in a one-video wonder who doesn’t know how to replicate previous successes.

1. Understand how the TikTok algorithm works

Unlike other social media platforms, TikTok algorithm pays little regard to the number of followers a page has or its popularity in determining whether to feature it on the “For You” page.

Whenever you post a new video, TikTok immediately sends it out to the “For You” page of some users. Their response regarding average watch time and completion rate determine whether it features on the feed of a much larger audience.

Average watch time is the amount of time users spend watching your video before scrolling away, while completion rate is the number of users watching your video until the end. The higher these numbers, the better your chance of appearing on your audience feed.

2. Mind the length of your videos

TikTok itself became viral for bite-sized videos. Although they are trying to change that reputation by constantly increasing the video length limits, it might take a while for users to adjust to that.

Be on the safe side and stick to short-length videos because those are the type of videos that go viral on the platform. Moreover, the short length ensures that you cut off every bluff and go straight to what you have to say or show in your video without wasting time.

If the case that your content is not niche-specific, and appeals to a variety of audiences, turn the keywords in your content into hashtags because those keywords are how users would search for content such as yours. You also don’t have to overload your content with different hashtags; between 3-5 would do just fine.

4. Use trending music or sounds

Music plays a massive role in virality on TikTok, and the platform provides a rich library of music for creators. Whenever you use trending music in your video, the algorithm recommends your video to users who have watched other TikToks using that same song–which can only work in your favor.

TikTok makes it very easy to find this trending music. Click on the discover tab, and it will show you the trending sounds on TikTok presently.

When you tap on the trending TikTok sound, it brings you all the videos that have used that sound together with a ” use this sound” option that allows you to use it directly for your video.

Another way to discover trending sounds is to spend some time on the for you page. Below the caption of every video, you would see a music symbol. Next to the symbol is the name of the sound used in that video.

As you scroll through your feed, note any recurring sound to see if it’s something you can work with.

5. Collaborate with other creators or influencers

TikTok is huge on collaboration and always rewards it, so if your brand has the resources to collaborate with a personal creator or influence, go for it. But make sure they are relevant to your niche and share a similar target audience. Collaborating with TikTok influencers helps to make their audience aware of you. It would not prove helpful if the influencer is not relevant to your niche and doesn’t share a similar target audience.

There are also other ways to collaborate on TikTok. You can use the duets feature or the stitch feature. Duets allow you to react to another TikTok on the same screen, while the stitch feature lets you use a part of another video in your video.

To help you understand these features even more. Here’s an example of a Duet video;

While this is an example of a stitched video;

Once you see a video you would like to use these features on, tap on the arrow at the right side of your screen

It brings out several options for you, including the duet and stitch features

🎉Bonus Article: What is the best time to post on TikTok?

7. Use a strong call to action

Please don’t assume your audience would like, comment, or share your video after watching it; give them a nudge by reminding them to do so. If you just started a challenge, encourage them to jump on it. Use strong CTAs to create FOMO amongst your audience.

Which TikTok has the most views in 2022?

Zach King’s Harry Potter illusion video is the most viewed video on TikTok. It has 2.2 billion views.

With over 140 million followers, Charli D’Amelio has the most followers on TikTok.

Who has the most likes on the TikTok account?

With over 10 billion likes, Charli D’Amelio has the most likes on her TikTok account.

Adedoyin is an SEO content producer with experience in startups and B2Bs ✍️ He is not only a football lover ⚽ but also passionate about sharing his experience with his insightful and helpful articles. 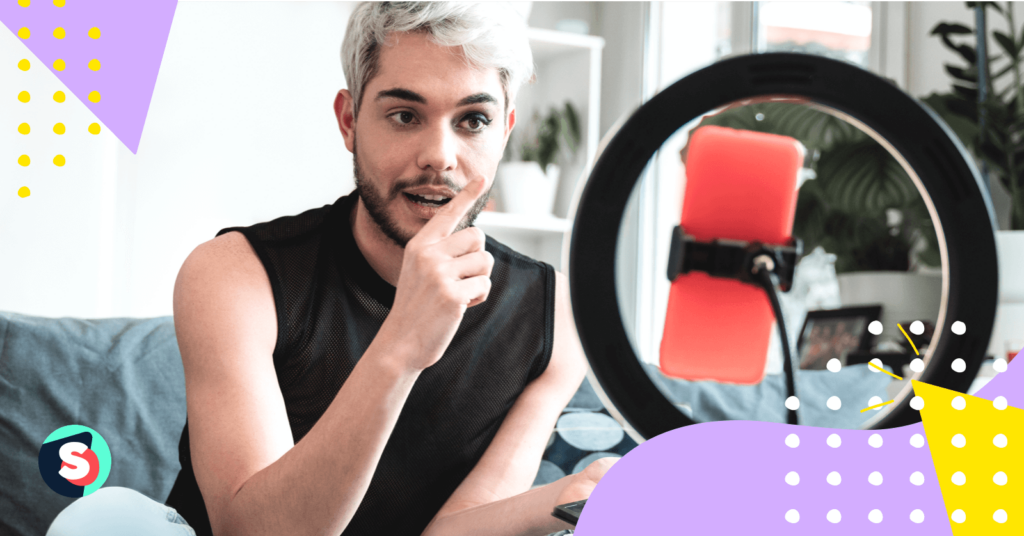 How to get more followers on TikTok? Here are 10 tactics

As of 2022, TikTok is now one of the most widely used social media platforms on the planet (with over 1 billion monthly active users). As a result, there is… 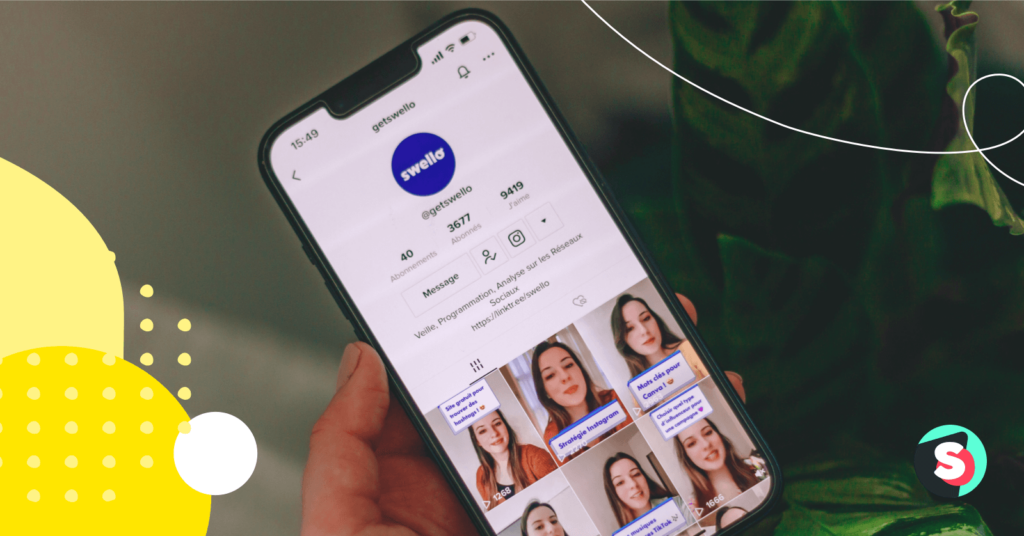 How to Stitch on TikTok? 5 Best examples for marketers

Have you ever seen a Khaby Lame TikTok and wondered how he cuts and joins different clips in his video? He uses stitch—an in-app video editing feature on TikTok that…